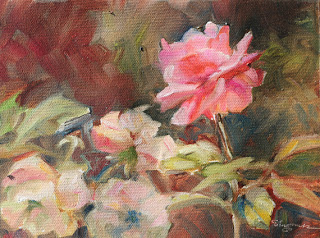 I did go down to Bentonsport's rose garden and painted today. The roses were in full bloom and some past. Bentonsport attracts many tourists and some stopped and commented on my painting. The last time I was there a couple stopped by and the man said "I've seen better". He said he was an art teacher but was currently an administrator. I admit that painting was not going well, but that is how it works when you paint on site for anyone to see. I suspect he is afraid to try painting on site and risk anyone seeing his failures.

The first plein air competition I entered was in downtown Iowa City. I recieved a mass email about the competition, this was before everyone had a web site with the details. I decided to enter but did not know the exact details and the sponsoring gallery was not open at 7 in the morning. I set up in the middle of busy dowtown Iowa City across from the pedestrian mall; all the time telling myself I can do this. I painted all day but only saw one other artist. Several people stopped and commented but nothing discouraging. This is a university town and I am sure much better artists passed by. I dropped the painting off  but never made it to the opening reception. I later found out that I could have painted in the nearby parks, but it did not matter as I won first place and sold the painting. It does pay to put yourself out there.
6 x 8 oil on canvas on masonite panel. to bid click here

During the month of June I have an exhibit with two other artists, Carroll Michalek and Gin Lammert.
Below are two of the paintings in the exhibit. 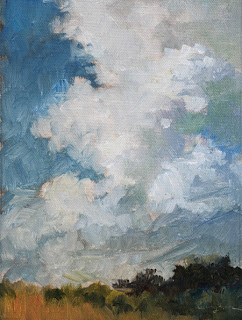 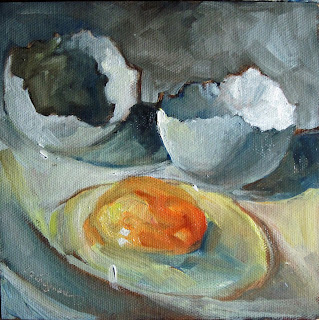